Skip to content
November 14, 2017
The Atlantic featured a vignette of a prominent Alt-Right Atheist Troll. Rather than being good without god; it seems some atheists reject religion and gravitate to hateful ideologies. My husband Aron Ra and others helped to build an atheist community. However, it seems that community can also be a  convenient audience for deceptive Anti-PC rhetoric and faux intellectual debates to mask hateful ideologies.
Those that move away from hateful, fundamentalist ideologies and embrace an equally virulent ideology are not something that the majority of nonbelievers, who are also progressive, can easily understand. (Apparently the Atlantic has a thing for profiling Alt Right atheists like Richard Spencer and Andrew Anglin.)

Spencer wasn’t exactly defending Christianity; he said that he, like Hitchens, was an atheist. But he longed for something as robust and binding as Christianity had once been in the West, before churches surrendered their power to folk-singing liberals and televangelists.

Those that leave religious  mythologies only to uncritically foster myths about race and participate in antagonizing marginalized people for some sort of gain are disheartening to others, who want to promote ethical secularism. But there is nothing about identifying as an atheist that prohibits hateful ideology.
Although it is appreciated when community leaders like American Atheists’ David Silverman telling Alt Right atheists that they are not welcome as members, the Alt Right will continue to drain the organized atheist movement of women, people of color including Jews (not sure why they have become a recent focus) and LGBT.

So to be clear, and I can’t believe I need to say this from the stage, if you are a person who believes white supremacy is “reasonable,” if you believe bigotry against other people because of their race or gender or sexual orientation is morally acceptable, if you think good people can march alongside Nazis, our tent is too small for you.

I sometimes see otherwise well meaning but often misinformed people (mostly people that the Alt Right does not target) uncritically repeating their mantras that the people they are targeting can’t handle “ideas” or “disagreement”.

This is minimization:
“Minimization is a type of deception involving denial coupled with rationalization in situations where complete denial is implausible. “
And there are also people in our community, who don’t really do the research to have an informed opinion on the Alt-Right, that minimize their impact by thinking that Neo-Nazis are simply laughable. These very people would never minimize the threat of fundamentalists by thinking they are simply laughable no matter what ridiculous things they say. Alt-Right trolls cultivate this incredulity so that people don’t take them seriously enough to do anything about it.

Ridicule was hard to counter. So Anglin mocked. He made people laugh. “The whole point is to make something outrageous,” he said on the site. “It’s about creating a giant spectacle, a media spectacle that desensitizes people to these ideas.” He considered jokes about Josef Mengele training dogs to rape Jewish women “comedy gold.

It’s a joke until someone gets hurt as people take the hatred offline. Many reasonable people did not take the threat of the Alt-Right King Donald Trump seriously enough because he seemed like a joke candidate. The strangest part of the internet anti-PC movement is that it unites crank atheists and Christians in their support of Donald Trump.

Ideas matter as we all know when fundamentalists legislate what everyone can and can not do.

In the latest and most significant anti-LGBT action yet from the Trump administration, the Justice Department last night filed a brief with the U.S. Court of Appeals for the Second Circuit arguing that federal civil rights laws do not protect individuals from discrimination based on their sexual orientation or gender identity.

Believe it or not there are self identified, prominent atheists that will also argue in favor of the right for Christians to discriminate against LGBT. They either don’t recognize the slippery slope they are on or foolishly think it won’t escalate.

Despite efforts to minimize it, Alt-Right rhetoric is not simply hateful or mean words that sensitive people can’t handle. Beliefs inform actions and atheists most of all should already know this. 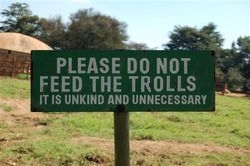 SCOTUS to rule soon on undue burden on abortion clinics