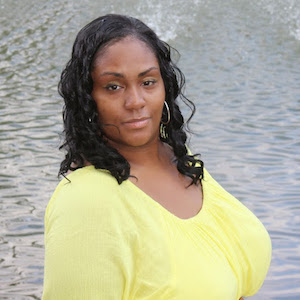 When I went to DragonCon, I didn’t care about all the comic book stuff or who played the voice for some video game I don’t play or TV show I’ve never heard of. I know, since I stopped watching TV around Y2K, I’ve really fallen out of the loop as far as pop culture goes. I was at DragonCon for the SkepticTrak, a lecture hall dedicated to atheism, skepticism, critical thinking and so on. I enjoyed every presentation I saw there. One of them piqued my curiosity. Mandisa Thomas, President of Black Non-Believers was on a fund-raising panel for a documentary film called Exodus.  I don’t think they have a website, but there is a facebook and their twitter is @ExodusTheDoc. Alix Jules explains the movie this way,

“Exodus is a feature-length documentary about the growing number of African-Americans leaving religion.  David Person examines the trend by examining the lives of Black atheists and illuminating interviews with pastors and theologians commenting on the implications for the church and community.

“Our subjects tell their stories of coming out atheist, including the prejudice and social problems they face as part of the most religious demographic in America.”

It’s a full scale mini production. It’s controversial. Some of the comments or emails from theists haven’t been great despite its seemingly innocuous message.
Chuck Miller is exec-producing and leading the funding efforts. We’re at almost 2k of our 120k goal. We’re way off. Not much support from the Atheist Community right now. The goal of the movie is to give Black Atheists an authentic voice in the current landscape of race and religion, explaining what we hope is a growing trend.”

They’re hoping that once the movie is finished, (which is going to take some money) that they can get it shown on mainstream TV, which will take even more money. But it’s a worthy project. I know Mandisa, and Alix and Bridgett, and I’ve heard from them any many others how the black community seems inseparable from the church and is largely dominated by it. So it’s good to see that this “exodus” is finally starting to happen. There is even music by and for irreligious blacks now, starting (I think) with Anthony David singing one I really like about “What God Said“, Although your opinion may vary. I’ve seen others commenting that they aren’t at all happy about how blacks have recently started leaving the church. Not surprisingly, the Christian perspective seems to be incapable of understanding why someone would question their faith or why they ever had faith in the first place. I’d like to see more online video dialogue between believers and unbelievers discussing that.

I watched the promo for the film and was especially impressed with Pastor Lorenzo Neal, because he really is a Christian pastor. How rare is it that we see the Christian clergy arguing for tolerance, inclusion, and humanism? Pastor Neal is not only accepting of atheists but he even speaks out for our rights and equal respect in society alongside believers. I like the attitude that we don’t have to agree, and that disagreements shouldn’t diminish mutual respect. How rarely do we see that attitude anymore? I don’t just mean, how rare is it in religion; it’s rare in the atheist community too. 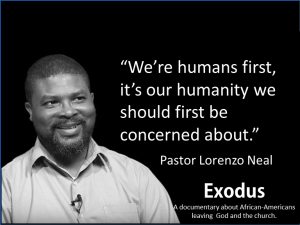 Almost everyone I’ve interviewed on The Ra-Men has been atheist, although my podcast was never intended to be about that. The motto of my show is that anyone can complain and everyone does, and it’s easy to criticize any proposed solution, but I want to talk to the people taking positive action to make things better. Whatever theological arguments Pastor Neal and I could have, I find it very progressive to advocate for the rights of a group to which you yourself do not belong, especially when it is one you disagree with. I had to respect that. So I decided to have him on.

Here is my interview with Pastor Lorenzo Neal.

Why do atheists have to be so mean? Podcast Today 5/5 with Actress Hayley Myers, Tom Melchiore, and NAP’s Flash Kellish and Sheila Blackadder

Exceeded expectations thanks to FTBCon3

Texas weather has gone all “Texas” down here