If I were to tell you that a purportedly secular anti-abortion group was engaging in the very same fear mongering and harassment of abortion providers that the largely Christian dominated pro-life groups do; would you be surprised? The True Pooka’s final report on Secular Pro-Life’s tactics is posted.

In addition to the other tactics Pooka documented, the group is promoting a campaign against abortion providers in the guise of concern for the safety of women. According to Pooka, in addition to making stuff up about the safety of abortion to women…

The site also doubles as an intimidation tool to be used against doctors. It doesn’t matter what type of doctor you are, if you’re a family health doctor and abortion consists of 1% of your medical activities, they’ll label you an ABORTION DOCTOR and list your name next to numerous other doctors who secularprolife have judged to be unsafe doctors ( judgment passed using their hard earned degrees in Looking Shit Up On-Line from Internet University).

I know there are people reading this who are not at all surprised by the sliminess. I hope that they haven’t also grown, so calloused by this group and other anti-abortion groups’ relentless assault on the right to choose whether a person gives birth, that these tactics are working.

However, I don’t think this group’s presence at atheist conferences, a group that misrepresents both science and the truth, can be totally explained by its relentless tactics wearing people down.

How did it get past the smell detector?

The group’s members have the appearance of fresh faced kids. Ex-Christians like myself or people with well meaning anti-abortion friends may be mistaking what they are doing with the mistakes we made as Christians. In my Christian past, I have actually given diapers and my daughter’s bassinet to a Christian pregnancy counseling center in hopes of helping women, who wanted to give birth and keep the child.

Looking back on it now, I was misguided. These groups main function is to guilt women with ultrasounds of their fetuses. I remember the tour, and the center’s pride that they had received an ultrasound.

Would you be surprised to learn that the Secular Pro-Life website directs people with crisis pregnancies to Christian counseling centers? This is the picture posted on their resources page… 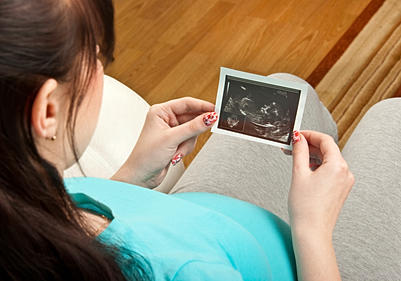 Secularism. SPL seeks to increase the inclusiveness of the overall pro-life movement by creating space for pro-life atheists, agnostics, humanists, and other secularists.

I don’t think directing the atheists, agnostics, etc. to a Christian pregnancy center agrees with their purported mission to create a safe space for them. Particularly if they survived spiritual abuse.

This group is not simply misguided. A former member of theirs glibly showed all of us including children in the audience a video of abortions during a debate with Matt Dillahunty. She most definitely had the fresh faced, well meaning look down, even when she showed us the video without batting an eye. She also argued that abortion should be criminalized and prosecuted as murder. Matt’s recent debate with an SPL member showed the same callous lack of regard for women. The Christian debater argued that a woman shouldn’t be allowed to abort a pregnancy that would cripple her.

I don’t ever remember being that inhumane and judgmental at the height of my Christian years, and there is difference between some misguided person that you know or the pro-lifer you may have been and SPL.

As of this moment,  Pooka and I plan on seeing them at The American Atheists Convention in Salt Lake City this weekend. We hope the information we provided helps people to make informed decisions. I can’t help picturing a Reed Warbler unwittingly nurturing an imposter Cuckoo chick.

By God! Legislators take a stand, so that Jesus won’t return and find gay marriage!