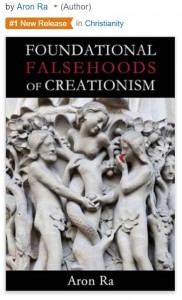 This book has been something like eight years in the making for me. The official release date is November 1st. So my book hasn’t even been released yet, but it’s already the #1 New Release in Christianity on Amazon today! There’s a certain irony in that, I think. 🙂

Yes, there will be an audio version. But my schedule is crazy at the moment, and I won’t have time to record it until November.

House Democrats in Seventh Hour of Sit In over Gun Legislation