James Randi has written an Amazing endorsement of my book!

The seemingly unquenchable popularity of the so-called “paranormal” has long been a puzzle, both to me and to my good friend Aron Ra. However, Aron’s much more important and more specific interest in preoccupation with woo-woo is bifold: religion & creationism — to the study of which he has given much thought and concern. His book Foundational Falsehoods of Creationism brings to our stunned attention the farcical, juvenile, pseudoscientific claims with which so many cultures, worldwide, have occupied themselves for centuries, and to which they have so willingly surrendered on their way to the abattoir…  Aron’s rage — along with his concern — is very evident as he takes his reader step-by-step along the bumpy road he has researched and probed to illustrate just how juvenile that a belief in angels, heaven — and hell, eternal life, promised rewards and penalties, can be unless we wake up and see the Earth upon which we live as a home that doesn’t need abject nonsense to make it wondrous and exciting. Those who choose to believe that the fossil record can be disregarded, that humans were designed and manufactured “as is” and just “happened,” who surrender on their knees to ghosts that just aren’t there, should settle down and read Aron Ra very carefully and should seriously think — that’s the word! — about what he’s written.
James Randi
(author, conjuror, bon vivant, atheist, amateur philosopher) 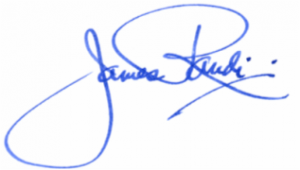 If you are up for a protest of Ken Ham; he will be in Texas promoting Creationism to homeschoolers

The Meaning of Race