I assure you I am talking about areas as a supporter and voter where I don’t “Feel the Bern” in ways that are intellectual. New Hampshire and Super Tuesday primaries are fast approaching. Perhaps what the Iowa Caucus statistical tie is showing us is how much difficulty Democrats are having choosing between Hillary Clinton and Bernie Sanders.  Understandable given the buyer’s remorse over electing Barack Obama over Mitt Romney, which I don’t completely get but this is not a post about the President. So there is considerable pressure on Democrats to make the right choice given among other things that three Supreme Court seats may be up for grabs. 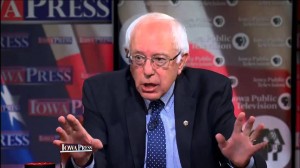 This is a post about ways as a voter, I don’t understand or get or feel Bernie Sanders.  I already did a post on Hillary Clinton’s foreign policy, which is often sold as a strength given her experience as Secretary of State. Although I watch both parties’ debates, I watch the Democratic debates in particular with questions on issues I’d like to see answered. So tonight here are a couple of major concerns I am looking for answer from Bernie Sanders on:

Actively and Thoughtfully Engaging on Issues In Addition to Economic Inequality

In his last presidential debate he stated his position on Foreign Policy in the Middle East:

“As everybody here knows, this is an incredibly complicated and difficult issue,” Sen. Bernie Sanders said, going on to declare that he wouldn’t send American ground troops to Syria — but offering little about what he would do. He argued, awkwardly, that “Muslim troops should be on the ground” to fight ISIS. And he praised, oddly, the hereditary king of Jordan.

Not just his non-sequitur about Jordan, but he has made other statements that appear to show a lack of the engagement necessary to tackle a very complex problem.

“We have to understand that the Muslim nations in the region—Saudi Arabia, Iran, Turkey, Jordan—all of these nations, they’re going to have to get their hands dirty, their boots on the ground. They are going to have to take on ISIS. This is a war for the soul of Islam,” said Sanders at the Democratic presidential primary debate in November.

Did he not get the news that just this month Saudi Arabia has cut diplomatic ties with Iran after protests over the Saudi Sunni monarchy executing a Shia cleric? Iran is not innocent in this either, there are charges that Iran is using Shias in Syria to fight a proxy war to expand its empire. If he could understand some of the reasons why they are fierce rivals, he would not only understand better how to make policy that would help stabilize the region –he would also understand on a basic level why simply calling for there to be a regional coalition won’t be quite so simple.

Although I respect his Iraq War vote, there just seems to be with Sanders this lack of effort to do basic homework on foreign policy. In his defense, others are saying that Democrats don’t think of foreign policy as a pressing issue.

Some viewers may be tempted to believe it’s because all three candidates are clueless on these issues, but it’s the clueless candidates who can often answer questions the most clearly and confidently — just listen to Donald Trump the next time he says something easily falsifiable.

As a Democrat, I am not so quick to give anyone a pass for dodging foreign policy questions. As I have already stated, disastrous Middle Eastern policy has already eaten up trillions of American dollars that would pay for how many programs that Sanders wants on the domestic side –free college, universal healthcare? Most importantly, the irreplaceable lives both American service personnel and civilians in the Middle East ground up in the war machine.

By now, us Democrats get that Sanders wants to address economic equality, and the “Billionaire Class” to pay their fair share, but not all of the U.S.’s problems can be solved that way. Urgent problems like foreign policy, discrimination, domestic security, etc. need their own specific solutions.

Even economic inequalities won’t go away completely simply by providing a livable wage, universal health care, and free college. There are systems in place that have historically favored white, male heterosexuals dominating and hoarding power in this country. Look at the breakdown in Congress and the state seats of power in this country. Policies that insure equality of opportunity will help to insure that everyone benefits equally from economic programs. For example, public schools in low income areas should have the same educational quality as high income areas. How can that be addressed, so that more students are prepared for free college? If he is more specific about more than just having everyone paying fair taxes, maybe more Americans will be feeling the Bern.

Number One New Release in Christianity

The Meaning of Race