I know no one asked me to weigh in on this, but what the heck. I am the resident East Eurasian here. Seriously though my social media is awash in East Asian outrage and also cultural insensitivity over Perry’s performance yesterday at the AMAs dressed in modified,sexy geisha apparel.

There are a number of comments on the story that ask why is this performance racist and/or offensive?

Oh I see, she shouldn’t sexualize geishas who were “Just entertainers”? Wrong. Geishas hairstyles were designed to sexually entice and attract men to spend time with them, who do these twits think WOMEN were entertaining in Japan during this era? Other women?? They were appealing and “forbidden fruit”. Not to mention that a young geishas virginity was sold to the highest bidder in a tradition called “mizuage”. Nope. No sexuality there.

They should just stop and not try to explain someone else’s culture to them when they barely understand it themselves. At least this person has been to Japan, but they still don’t get it…

I agree. I have been to Japan, and I thought it was beautiful. I think a lot of western people don’t get the folklore, and mysticism, and traditions that Japanese hold dear. Most of them don’t even know about the many festivals in Japan , like “The Cherry Blossom”, or Tsukimi.

At least this person claims to have a Japanese step-mom, so they must get it right?

I agree. Being offended by everything and making uninformed, false accusations about people is classless and a waist of time. I find it ironic that this is considered “racist”. My stepmother is Japanese and she’s laughing as she reads the posts that call Perry out for racism. “I thought it was beautiful and artistic. I thoroughly enjoyed it and it’s cultural take on things.”

Nope. It’s the old “I have a/an (insert ethnic relationship here)”, so therefore it can’t be racist as if you can adopt authority by proxy.

Hannah at afternoonsnoozebutton has already done a pretty good job of breaking down what people found offensive about the performance. If you are really interested in why people find it offensive, read her thorough explanation there. Here are her 5 key points that she nailed…

2. There is a long history of mistreatment and ill-will towards Asian immigrants and Asian-Americans.

5. Racism against Asians is often swept under the rug because of the model minority myth, and that won’t change until we start to address racist acts head-on.

Point 4 is particularly powerful as she supports here…

The thing is, while a bucket of toner can strip the geisha makeup off of Perry’s face, nothing can remove the demeaning and harmful iconography of the lotus blossom from the West’s perception of Asian women — a stereotype that presents them as servile, passive, and as Perry would have it, “unconditional” worshippers of their men, willing to pay any price and weather any kind of abuse in order to keep him happy.

So basically Perry’s performance appropriates Japanese culture in a way that perpetuates harmful stereotypes. The Asian submissive, hypersexual stereotype is particularly damaging to Asian women. I’ve been involved with people, who I didn’t understand at the time had no interest in me other than an Asian fetish. No interest at all in my intellect or talents. No human woman neatly fits into a stereotype, and this stereotype is demeaning and dehumanizing.

What bothers me is how unquestioned these stereotypes are and how uncritically they are accepted. Otherwise enlightened friends post stories like this one about Korean beauty contestants that supposedly had plastic surgery and looked freakishly alike from Jezebel to social media. To date there is no retraction that the photos were photoshopped to intensify the similarity. The stereotype that Asians are weird in this case obsessed with looking white is uncritically accepted. 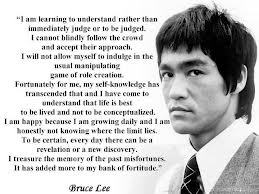 The stereotype such as perpetuated in movies like Sixteen Candles have been so damaging that Asian men are thought of as undateable by women of other ethnicities. 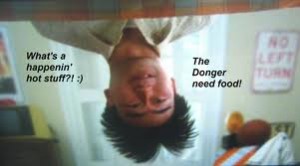 Asian men’s supposed lack of virility is still comedy fodder today. In this Guardian article which manages to combine all three negative stereotypes: Asians are weird, Asian men as unattractive dorks, and includes a former Asian prostitute as sex expert to boot. The story is about how the Japanese are having less sex based on falling marriage rates, which is a trend here too as Salon points out.

In fact this story became comedy fodder for Bill Maher, he facetiously used the story to propose posters to encourage the Japanese to have sex. Among the punchlines were the same old tired tropes like… “He’s Japanese it’s not like it’s gonna hurt.” In the same breath he bemoans progressive causes like overpopulation, yet there is the same old stab at Asian males’ dignity, that has gone on ever since American colonialism. Many in his audience don’t take a minute while they’re laughing at the expense of the Japanese to question the stereotypes.

The more things change the more things stay the same. I grew up not feeling proud of my Asian heritage. Years of having my hair pulled as a kid, being mistaken for the Japanese exchange student, having people ask where I am from and the doubtful looks when I say I am American add up. I am raising my daughter to be proud of her Asian ancestry. She even wants to start a Japanese appreciation club at her school. Japanese culture is becoming more acknowledged and popular here.

But there is a difference between appreciation and appropriation and reinforcing stereotypes. The comments on this story have been more offensive than the performance itself. They reveal how little these commenters actually question how the media portrays East Asians in this case. For all the declaring about wanting to know why people find this offensive; the comments show and unwillingness to listen to the reason why. Most offensive is in place of listening these commenters seek to tell East Asians in this case what their experiences are and how they should feel about them.  As for Ms. Perry herself if you are still wondering if she has some of the same unquestioned cultural insensitivity there is this quote about how she feels about the Japanese…

“I’m so obsessed I want to skin you and wear you like Versace,”

I hope that this helps people to understand why Asians are tired of being portrayed in American media in the same predictable and stereotypical ways.

[important]Much of the ideas in this article were discussed first in The Secular Asian Community facebook discussion group. If you are looking for secular Asian support or to support secular Asians, they are a great group. We are putting something together for the next FtBCon, so watch out for that. [/important]

Lawrence Krauss talking about nothing.