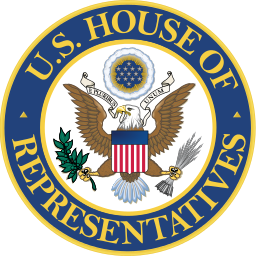 My husband Aron Ra and I had no trouble today calling the House Judiciary Committee about our concerns with Donald Trump. It was our first call that got through to an official.  Despite my phone anxiety, the process was not anything to worry about.  The phone person was polite but I did have to ask if I could share the reasons I would like the House of Representatives to start the impeachment process.  This is what I said your reasons may be different or related if you decide to call. The phone number is 202.225.3951.

1. Is this the House Judiciary Committee?

2. I’d like to request a committee vote on impeaching Donald Trump. There is a petition circulating by Free Speech for People that asks to do this on the grounds that he is financially in conflict of interest with foreign businesses like the Bank of China. This violates the  Emoluments Clause that prevents the President from accepting a present, Emolument, Office, or Title, of any kind whatever, from any King, Prince, or Foreign State without the approval of Congress.

3. I am also worried about his placement of Steve Bannon, a man who said that he would like to watch the State burn, on the National Security Council without consulting Congress. As a parent, Bannon’s announcement that there will “no doubt” be a war with China is troubling. There was no such talk before Trump took office. No parent wants their children at risk of war especially if it is preventable with diplomacy. I can tell you I lost sleep last night worrying about the future of my country.For those reasons and others, I would like the Judiciary Committee to proceed as quickly as possible to impeach Donald Trump if only for starters to slow down the damage he is doing making new enemies and pushing away long time allies like Australia.

Should Abortion Be Legal?