I very much enjoyed the Secular Rally this weekend in Tallahassee, Florida.  I thought it was very well arranged.  There were plenty of good presenters, several tents and tables representing secularism, atheism, and aspects thereof.  They provided porta-potties, two food wagons, lots of amplification and recording equipment, and everything one should have considered to put on a fine event, and it was a very good event. 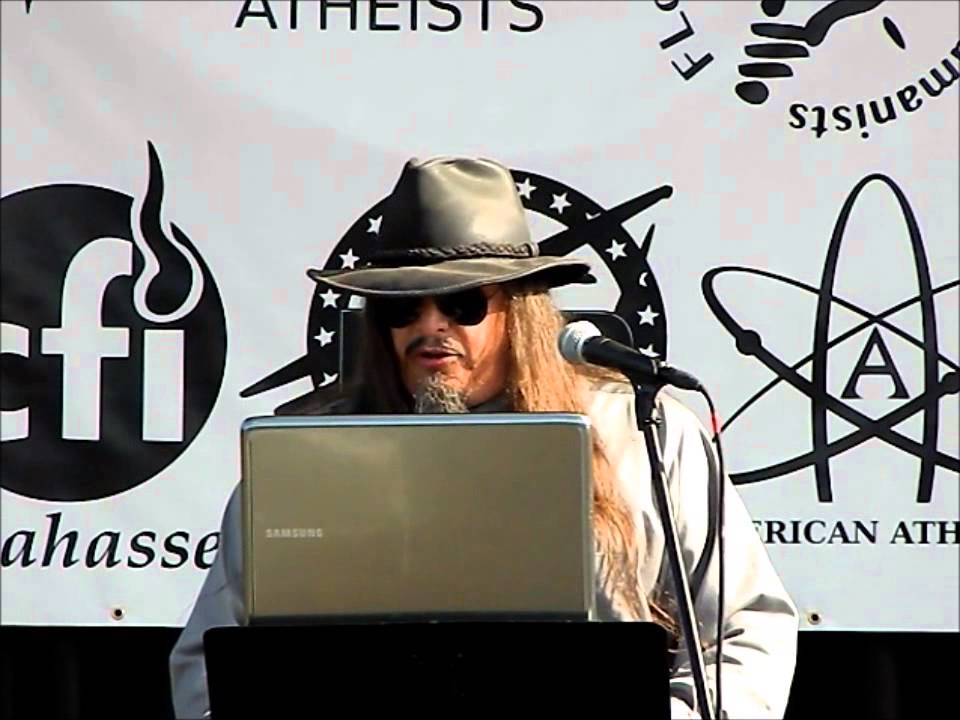 The only thing they didn’t have was a crowd; very few people turned up.  Now part of that is that it was Tallahassee.  Northern Florida is the really red part -where the Hovinds and their ilk are.  Southern Florida is much more blue.  Many of the folks who did show up came in from out-of-state.  The locals who would normally have supported us might have been distracted by Bill Clinton’s appearance at another rally on the same weekend.  Tallahassee apparently isn’t big enough to host the both of us.  Another problem was likely a lack of promotion.  On Sunday I looked for the sites advertising the event, and found one that -at the time when I saw it- said it had been posted 19 hours ago, but was advertising what was ‘going to happen’ 27 hours ago.  That probably wasn’t the most effective way to get the word out.

Skepchick blogged about it, as did I, Jessica Ahlquist tweeted about it, and I know one person who drove over three hours on that notice alone.  It was the first time Zinnia Jones had ever spoken in a live venue before, and she may be the only speaker who made a promo video.  I should have done that too, because I reach a lot more people that way than I do on this blog.  So I may as well blame myself and take it as a lesson for next time.  I will personally promote whatever future events I intend to attend, and assume responsibility myself when the turnout is poor.

By the way, Skepticon 5 is this coming weekend, November 9th – 11th in Springfield Missouri.  It’s always a good event, and it’s free, but they run on donations, and they need some right now.  So try to help out if you can, and I’ll see you there.

Hateful ideology is not just for religious fundamentalists

Chapel Hill: No wonder others don’t get the Muslim and Ex-Muslim Community