Atheist Alliance of America is 25 years-old, one of the oldest atheist organizations in the U.S., founded in 1992. They are the source of Secular Nation bi-annual magazine and podcast. 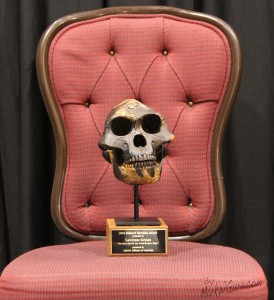 Under president Nick Lee, they were the parent organization who spawned Atheist Alliance International in 2011, and in 2012 co-hosted the Texas Freethought Convention, one of the best atheist conferences ever, and the final public appearance of Christopher Hitchens. Then under president Chuck Von Der Ahe, they’ve held quite posh annual conferences in Boston, Denver, and Seattle. Later under vice-president Mark Gura, the AA0fA co-sponsored the Reason Rally.

I refer to Atheist Alliance of America as AA of A to avoid confusing them with AAA like the Uncyclopedia did.

I would paraphrase and summarize AAofA’s vision and mission as being to influence society to embrace, support, and promote a realistic irreligious skeptical perspective based on the values of reason, empiricism and naturalism, advocating actual factual education, and building a community of socially aware, environmentally conscious, scientifically literate, and politically active secular department members in a coalition of organizations devising multiple programs to that end. 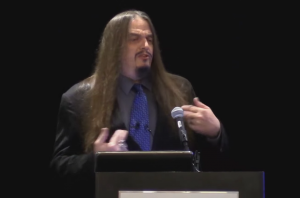 And I’m happy to announce that at Mark Gura’s request, their board of directors held a vote tonight to elect a new president.

*Edit: Thanks for the support of my patrons on Patreon. Without their support, I couldn’t devote the time to this and my other secular and science education projects.

Debatable Inquiry in a Church