As offensive as Ken Ham’s ark park is, we know that cumbersome eye-sore is doomed to an inevitable financial failure that would be comical if it didn’t waste $18,000,000.oo of state tax incentives despite 1st amendment prohibitions failing all three prongs of the Lemon test. That’s in addition to another $107,000,000.oo out of individual donor’s pockets. The same goes for Ham’s farsical creation museum which is already reportedly losing millions more than they make annually. But the next project by Answers In Genesis is actually an even worse affront to reality than either of those, because it has far more capacity to deceive and mislead every innocent uneducated mind who sees it, and that is their goal.

They’re lying about everything, and it doesn’t matter to them that they know we can prove that. Because they don’t care what the science really shows or how it works. They need to deceive believers who will never know what science is, says, or does. So they’re bypassing every prerequisite of science education or practice, and broadcasting disproven lies directly to mass media, to proselytize with the smoke and mirrors of emotive cinema. On top of all they’ve already fleeced from their flock of sheeple, they’ve raised another half million dollars to repeat deceit beyond our current capacity to address and correct them in the public eye. So we need to directly confront this bullshit in a full-on assault all over mass media ourselves, and I mean to step that up accordingly. I’m already working on that. That’s what I do and it’s all I do. So if you’re outraged by what they’re doing now, then look me up, and help me out. Or contact me to join an alliance of like-minded organizations dedicated to actual factual science and determined to redress Ham’s assault on education. Share your suggestions for how you can help us to minimize the number of children being mislead by Ham’s wholly dishonest obsession with deception. 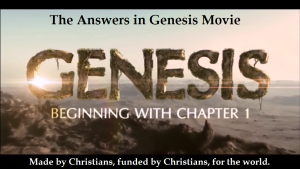