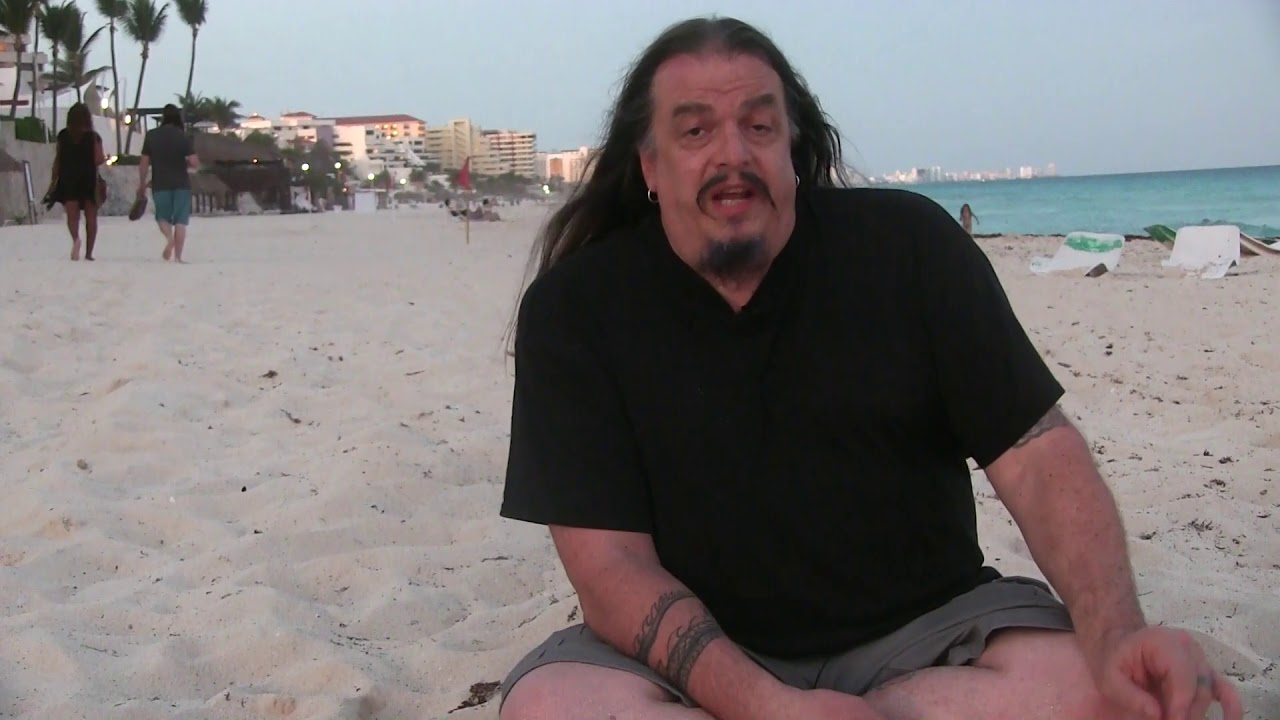 Hi, I’m Aron Ra, Director of the Phylogeny Explorer Project, Regional Director of American Atheists, and author of Foundational Falsehoods of Creationism. This video is an open letter to Indiana State Senators, Dennis Kruse and Scott Schneider, and any other legislators who promote teaching “various theories on the origin of life, including creationism” in public schools.

First of all, Senators, evolution is not a theory on the origin of life, but religious fundamentalists don’t understand that, and commonly insist that it is. So they want to teach their faith-based beliefs instead of any evidence-based position regarding the origins of life, the universe and everything. Believers tend to bundle any and all inconvenient scientific explanations deemed as threatening to the faith and label them all evolution, even though evolution really is only concerned with population genetics over multiple generations.

Second, we don’t have “various theories” on the origin of life, nor in contrast to evolution either. We have one and only one scientific theory on the origin of species, being the diversification of life. Creationists object to that because it conflicts with their favorite folklore; in which the formation of the earth is described in a geocentric flat earth perspective, and the first man was a clay sculpture that was magically animated with a golem spell, while all the evidence indicates that we are animals ourselves and an evolving subset of apes, both by definition and derivation. That’s the actual fact.

What you guys call “various theories” may include other religious beliefs, like the Chinese, Hellenist, Asatru or Hindu creation myths and maybe the legend of Apsu and Tiamat, and maybe even the various native American creation stories, but these are not theories; they’re just man-made mythology, fables that were mere made up by fallible superstitious primitives and put into their sacred story books. You can make-believe in any of that nonsense if you want to, even though there’s no truth it, because nothing can be shown to be true about it. But you can’t teach any of it in public schools; not just because that would be a violation of the first amendment, which it certainly would be, but also because none of that is verifiably true like evolution is.

You guys don’t realize that evolution is verifiably true because you think it’s “just” a theory that can’t be proven; that a theory is just a blind guess or speculation like your own religious beliefs are, but that’s not what a theory is. If you’re gonna legislate public education, you’ll need to get an education yourself first, and that’s why I made this video.

Let me explain: All theories start out as hypotheses. A hypothesis could be described as a guess, but one that must be based on, and attempting to explain certain facts. If those facts indicate or accord with one available hypothesis over any other, they become evidence supporting that hypothesis. Whether you know about or understand any of this or not, evolution has a substantial body of evidence in many different fields of study, where creationism does not have any supportive evidence at all; seriously, not even a little bit. Remember Hitchens’ razor, the fundamental rule of logic that what is asserted without evidence may be dismissed without evidence.

Then, according to the principle of methodological naturalism, every scientific explanation must be testable and potentially falsifiable. You can’t always prove it right, but there must be some way to prove it wrong, if it is. Because if it can’t be indicated or vindicated, verified or falsified, then it’s useless. If we can’t show that there’s some truth to it, to substantiate it and distinguish it from pure imagination, to at least show that there’s a THERE there, to show that any of it is true at all, nor can we tell what parts are false or how to correct it, then it’s just a blind speculation of no value, absolutely worthless. It isn’t science because it can’t contribute to knowledge unless we can show what we actually know rather than whatever we want to believe.

There’s quite a lot we actually know and can show to be true about evolution, but Creationism is just pretending to know what no one even can know. It doesn’t even count as a hypothesis, because it isn’t backed by any evidence at all, it doesn’t make any testable predictions, and you guys will never accept that it has already been proven wrong every way that it can be. It really doesn’t explain even one single fact either. Because blaming magic for whatever we don’t understand is not an explanation of anything.

The purpose of science is to improve understanding, and the only way to do that is to seek out the flaws in your current perception and correct them. You can’t do that if you insist that whatever you were told to believe as a child is the absolute, infallible and unquestionable truth; because then you’ll never know how wrong you really are or what you’re wrong about: and that actually matters.

In science, accuracy and accountability are paramount. You can’t teach blind speculation as if were fact. So to keep honest, science works exactly opposite of faith, minimizing or eliminating bias by requiring that all postulations must be based on prior evidence to show the truth of it: and by imposing a rule that hypotheses may be proven wrong, but that we should never say that any hypothesis has been proven right, even if it technically has been.

If that happens, if some hypothesis has been effectively proven, by profoundly accounting for all the facts and phenomena the way evolution does, and having withstood a substantial battery of tests in peer review, where experts in the field still can’t find any contradiction or fundamental flaw even after years of critical examination, and there is no dispute but that said hypothesis definitely is factually accurate, we don’t say that it’s been proven. Instead, that hypothesis is elevated to the level of theory, which is as high as science gets. So in one sense, a theory is a hypothesis that has been effectively proven; not 100% mathematically, but by an overwhelming preponderance of evidence beyond reasonable doubt.

Evolution has already withstood the longest assault of the harshest scrutiny ever applied to any theory, and still came out as one of the most robust theories in all of science, being better supported even than the theory of gravity. In fact it’s so well-established that the National Academy of Science declares that evolution is both a theory and a fact, such that it can’t even be disproved anymore; though we have to accept that certain miniscule portions of it might still be disproved, at least theoretically.

A scientific theory is a body of knowledge that accounts for all the facts, hypotheses and natural laws pertaining to a particular field of study. Over the course of the 19th century, the requirements of a theory have been raised such that every modern scientific theory is also a matter of fact, which is why no scientific theory has been disproved in more than 100 years. Darwin already did a decade of comprehensive research, enough to publish evolution as a theory already, and everything we’ve learned since then is still confirming that fact.

That means we can objectively prove—even to your satisfaction—that micro and macro evolution are both demonstrably real, as well as the truest, best explanation there is for the origin of our species. Whereas Intelligent Design Creationism meets exactly none of the criteria required of a scientific theory, nor even a hypothesis. Everyone has a right to know that—even if y’all don’t want anyone to know any of this, and that’s why you refuse to teach or even allow yourselves to understand the science properly.