Every day it seems I hear from some anonymous internet nobody who must never have spoken to an atheist before, because it’s always the same handful of fallacies. Today I got a massive block of text, one giant whole page paragraph of the same old nonsense; too much I think for a typical troll to waste time on. Normally a whole page of text would be dismissed as “tldr”, [too long, didn’t read] but I decided to use this guy as an example of what I see most every day, just not usually all at once like this. So I broke up his paragraph for you.

AronRa– So where do YOU get your moral values?

1. Learn how to construct paragraphs to be more readable.

2. Humans derive our morality through our evolution as a social, societal species. This produces a strong selective pressure for people to have a natural empathy with our family, friends and fellows. That’s where our morality really comes from, both yours and mine.

If you “evolved” from the big bang, which states that everything appeared suddenly out of NOTHING, and then rain fell down on rocks for millions of years and produced some living organism that eventually got better and better and evolved into everything we have today…. then evolution MUST prove that everything gets better with time!?!

3. No one evolved from the big bang. There was a period of nearly ten billion years between the big bang and the accretion of the earth.

4. The big bang is NOT “everything from nothing”. 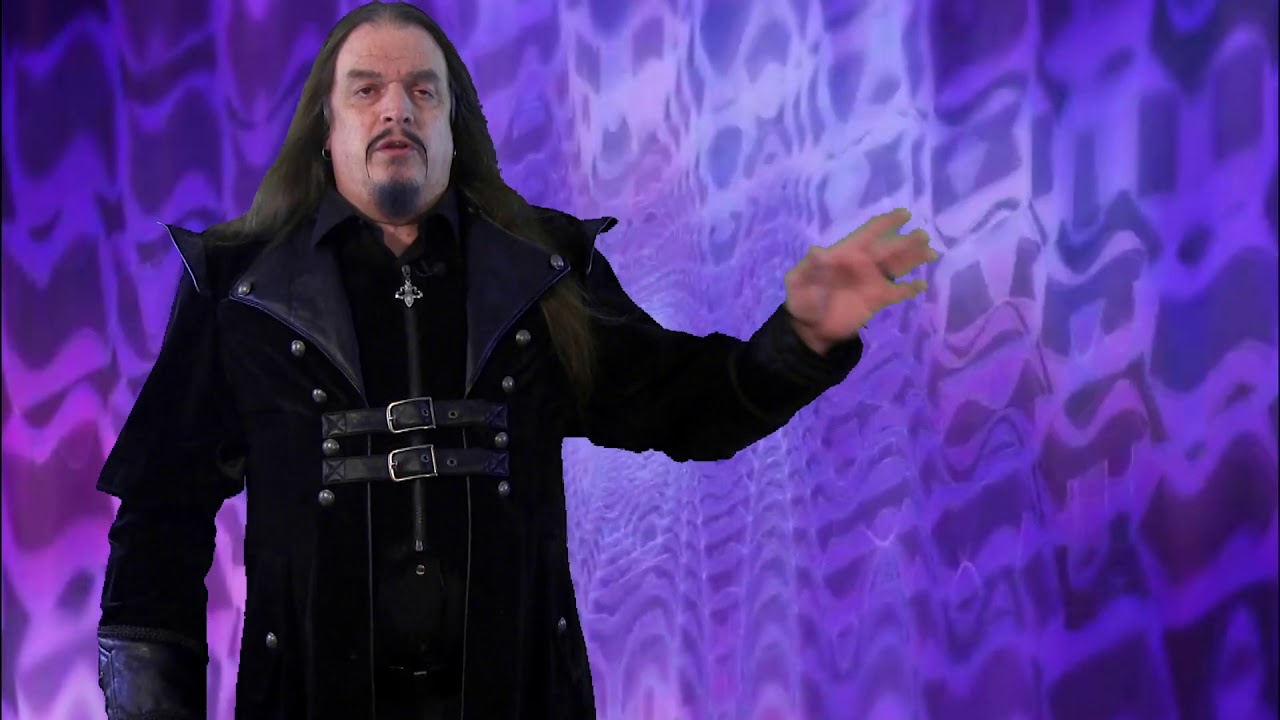 5. Evolution is a theory of biological DIVERSITY, which does not require anything to get better all the time. Instead many different varieties, some of which may be better or worse than others.

Unfortunately, there are no writings, nor anyone who lived millions of years ago to jot it all down. And the very “provable” first and second laws of thermodynamics show clearly that over time, EVERYTHING breaks down and gets worse!

6. Lord Kelvin, the physicist who devised the laws of thermodynamics was an advocate of intelligent design and did not like Darwin’s theory. Yet, he had no argument against it. Instead he said: “The hypothesis that life originated on this earth through moss-grown fragments from the ruins of another world may seem wild and visionary; all I maintain is that it is not unscientific.”

Pal…. you have to have more faith than any Christian who believes in God, to be a part of the religion of evolution…. because evolution is a “belief system” only, or… a religion!

7. Faith is an assertion of unreasonable conviction that is not based on reason and is defended against all reason. Consequently it is the most dishonest position it is possible to have. Any belief which requires faith should be rejected for that reason. The rejection of faith is not faith, and the lack of religion is not a religion. You’re using the logical fallacies of projection and false equivalence.

Here is the sad thing. My heart breaks for every one of you out there who claims to not believe in God or the Bible! And the majority of you believe what you do, due to some person who treated you badly as a child, or some church goer who didn’t live up to what you deemed “church standards”, so you don’t see the point of religion, or some church member sexually abused you. And I am sorry for any person who has led you astray in these types of manners.

8. Evolution is science, not a belief-system. Science is the antithesis of faith and operates opposite of all belief systems. Being based on critical analysis literally means based on doubt, not belief. And it tries to prove itself wrong instead of affirming itself the way religion does.

9. The Jewish Tanakh, the Christian gospels, the Qur’an of Islam, the Kitabi-Aqdas of Bahá’u’lláh, the Hindu Vedas, the Avestas of Zarathustra, the Adi Granth of the Sikhs, the Mahabarata’s Bhagavad Gita, the Book of Mormon, and the Urantia Book are all declared by their devotees to be the “absolute truth” and the “revealed word” of the “one true god,” and believers of each say the others are deceived. The only logical probability is that they are all deceived, at least to some degree.

10. I was not mistreated nor molested by anyone associated with any church. I reject the Bible because there is no truth to it. Not for any other reason. Your estimate of the “majority” of non-believers is as wrong as everything else you believe. Polls of American atheists who were raised Christian say “reading the Bible” as the number one most common reason given for why they rejected religion.

The Bible is just one of many compilations of man-made mythology. It is also the most repugnant assemblage of inhuman cruelty and superstitious stupidity that I ever had the misfortune to read. It is rife with absurdities, atrocities, inconsistencies and contradictions, and (as Mark Twain put it) “upwards of a thousand lies”.

There is NO PERSON on earth, Christian or not, who is not living in a fallen world, and is not fallible. As a Christian, I screw things up all the time. Though I am saved and heaven bound, I still live in a fallen world and have earthly temptations which often are tough to keep from.

11. This is not a “fallen” world because there was no “fall”. The fable of Adam and Eve is a fairy tale made up out of nothing by myth-makers. It was never real.

But if you don’t believe in God or the Bible, then you have to believe that somebody has the right to come up and kill you whenever they wish, right? If we have no moral values from the Bible, or those 10 commandments.. then we can steal from you at the drop of a hat…. I mean, what can you do about it? Go to a court of law that uses the 10 commandments to impose a fine for such an act, when you don’t believe in them???

13. You certainly didn’t get any of your morals from the Bible, or the erroneously labeled “ten commandments”. 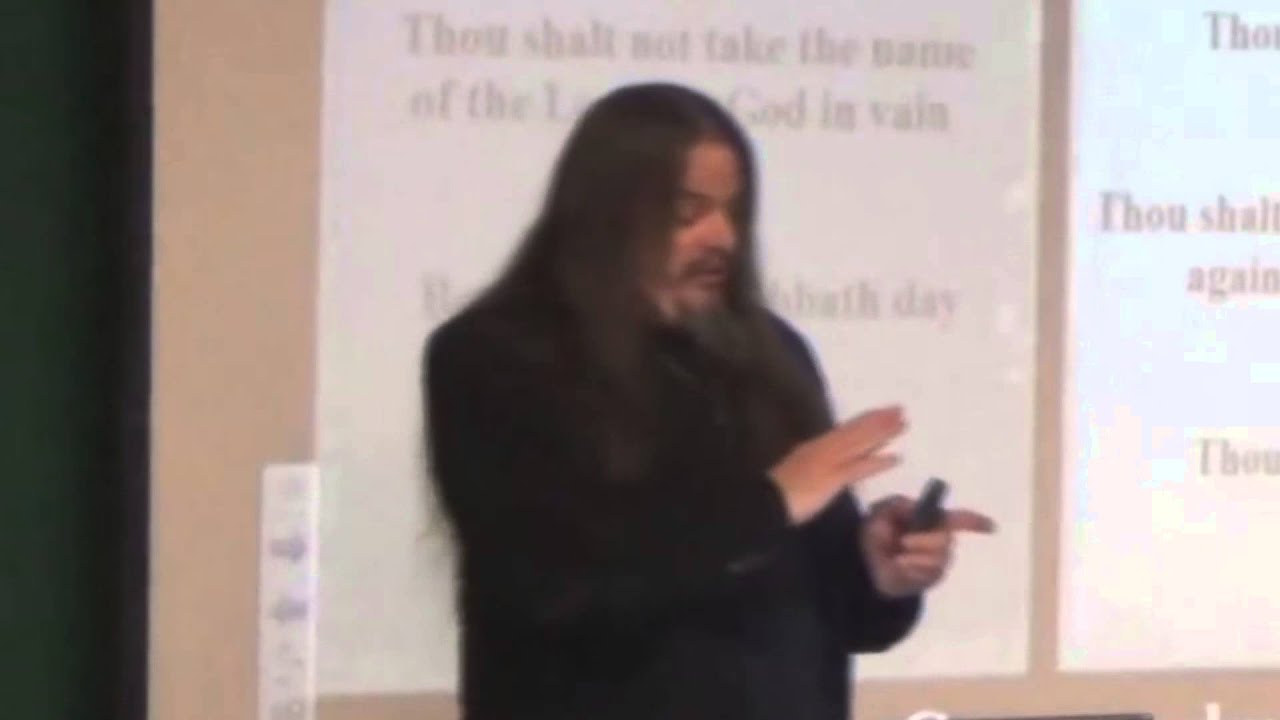 14. The American legal system is in no way based on the the ten commandments either.

The real truth for “athiests”, is that you look at those who believe in Jesus Christ, and WANT to attend church and do what they can to help others, and see that life as being a drag…. or no fun, and YOU want your fun, right?

15. The truth is what the facts are, what we can show to be true. That doesn’t remotely apply to anything you’ve said so far.

If you believe in God then you must realize He created YOU for a reason, and has a purpose for you…. and that scares you, because you KNOW that you are not living up to what He wants! You desire to dress like a demon, watch pornographic movies, party it up, sleep with whomever you wish…. all while telling yourself over and over…. “There is no God and I don’t have Him telling me what to do!”

17. If I want my life to have a purpose, I’ll give it one. It cannot be imposed on me externally. Besides, your magic imaginary friend doesn’t even have a purpose even for you.

19. There are no such things as demons. Those are only characters from fictional fantasies, and they’re typically naked. So it doesn’t make sense when you say that I want to dress like a demon.

As a child, I was “drug” to church yet was glad that we attended on Sunday mornings, and unlike some of my friends…. didn’t have to go on Sunday nights, and Wednesday nights, etc.! But today, I recognize how much enjoyment it is to be more involved in church functions, and support other ministries. It is not at all a “drag” like I thought it would be! I am so thankful that I was made to go as a child.

20. It breaks my heart that you’ve been inculcated into a belief system that has not only lied to you all your life but has also prohibited and crushed your ability to think critically; so that not only do you not know what the truth is, you’re not even allowed to understand what the concept of truth is. That’s why the Bible has to lie to you about what a fool is: one who too readily accepts improbable claims from questionable sources on insufficient evidence.

Bottom line, you HAVE to convince yourself that there is no God, in order to live the way you desire to live. What if you are wrong? And God is forced to judge you based on your life and your beliefs? Where do you think you will end up when you die?

21. I can’t be wrong about God. Your god is neither physically nor logically possible. But if it were possible for any god to exist, it wouldn’t be your god. Because every testable claim that the Bible makes has already been disproved. So you’d still be wrong even then and would face the wrong god when you die. What would Lord Krishna or the Sikh god think of that?

22. It’s not a question of “if” you’re wrong. You’re certainly wrong. But you don’t even understand your own fables. Your god doesn’t judge you on your life. It doesn’t matter how evil you are. Every sin will be forgiven if you but believe. But if you don’t believe, then it doesn’t matter how good you are, because the only sin that will not be forgiven is the sin of disbelief. Thus gullibility is the sole criteria for redemption. That is the biggest failure of your whole failed religion.

23. Even according to your own fables, when you and I die, we don’t “go” anywhere. Sheol is just a state of being dead, not a place at all. In reality, we will both just die–completely. Once your consciousness shuts off forever, you won’t even have the opportunity to be disappointed by what was never going to happen next. So you’re living in a delusion from which you will likely never wake.

The sudden suspicious silence of answersingenesis

You better believe it …or else