A couple months ago, I heard from a church in Arizona that was looking for an “evolutionist” to participate in one of their scheduled events. It wasn’t described as a debate but as an “open discussion” with an “informal format” relating to evolution vs creationism, where me and some Christian apologist would “each share your thoughts and beliefs on the existence of God or not”. That’s what the email said.

In that initial invitation, I was asked to compose questions that I wanted them to ask me about evolution, and what I would like to ask them about Christianity. Not creationism; Christianity. At least that’s what it said in the email.

So it didn’t seem like this was really about science vs pseudoscience. Instead it sounded like the very first foundational falsehood of creationism; the false dichotomy that one either has to reject God to accept evolution, or that one must reject science in favor of a literal interpretation of the Bible. Because they’re looking for an “evolutionist” [by which they specified that they meant “atheist”] to argue against a “Christian” [which they obviously assumed as a default creationist] over whether there’s a god or not, rather than which explanation has any scientific validity. So I interpreted this as science vs scripture, faith vs fact, something like that.

A day or so later, they made a most exciting request. In addition to this discussion, would I also be “willing to provide a one hour training session for our leadership team on the basics of evolution and the facts used to prove the theory”. I was really excited about that! More so than any other presentation I’ve ever given! I mean, we have thousands of teachers using legal loopholes and other excuses to teach creationism in public schools, but when have we EVER had someone properly teaching evolution in church?

They had already told me that I was there to address high school students. Adding this event would be perfect! So right away I let them know how I enthusiastic I was to give them the very best evolutionary primer that had ever been recorded for their high schoolers. However when I checked back to see what hour of what day that was to be scheduled, I was told that the entire weekend was booked and they couldn’t fit my lecture in. When I finally met with the Pastor, he said we might still be able to do this on some future date, which I’m really eager to get on the schedule.

I didn’t see the value of writing questions for someone else to ask me. I thought they should know better than me what they want to ask, but I did precisely as they requested. As I understood it, these questions were to be in the midst of the “open discussion”. But as it turned out, there was no open discussion. It was just those questions and that’s it, with no follow-up for interrogation nor opportunity for counter-arguments.

When I submitted the requested queries, I was also told there would be audience Q&A. But later that was cancelled too, due to lack of time. That’s a big deal! Answering questions from the audience is the best way to show which side has any actual truth to it.

It wasn’t a very informal setting either. Instead I was given time limits and a list of strictly enforced rules, one of which prohibited me from insulting the other party even jokingly. So it seems there was a lapse in communication between what they were writing and what I was reading.

I got a copy of the questions back, my opponent’s and mine together, and I noticed they were deliberately re-worded, replacing all references to “evolution” with “Darwinism”. So I explained to the organizers that the words “evolutionist” and “Darwinist” were inappropriate because they’re meant to give the impression that evolution was no more than just another religious belief or an empty guess made by some lonely old man in the 19th century, rather than the field of reliable science supported by 150 years and tens of thousands of peer reviewed research articles on congruous data compiled since then.

My opponent was apparently made aware of my five paragraph explanation, because he arrived ready to defend his misuse of that misleading pejorative as a personal priority. 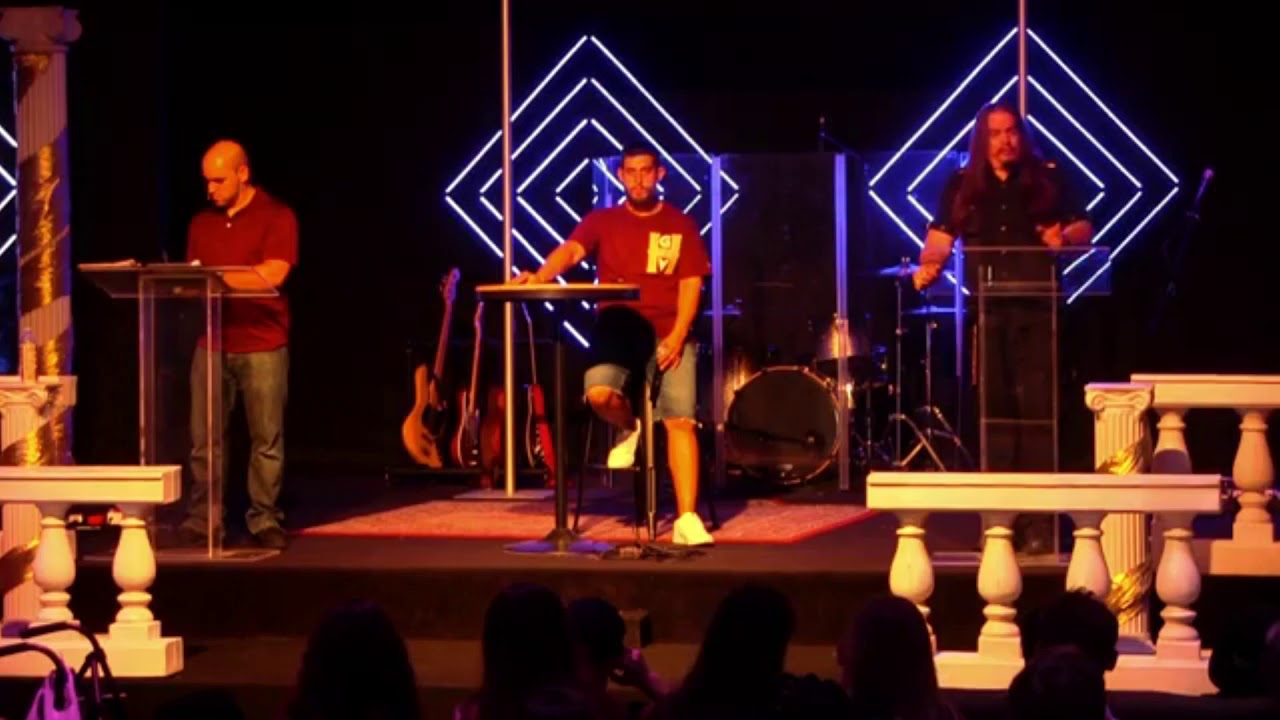 My first surprise of the evening was that we were both supposed to answer each question, not just the ones addressed to us. My second surprise was that my opponent seemed to reject even microevolution, which I thought everyone accepted. How else does he imagine new breeds of dogs or corn or pathogens come about? Because he rejected my comment that both micro and macroevolution had been directly observed. The same mechanisms are in effect in micro and macro. So I was surprised that he ignored that and wanted me to prove that it was possible, even though the most extreme creationists usually accept that as an observed and inescapable fact of population genetics, just like I said.

He ignored my reference to speciation being directly observed. saying “we don’t see that”. This is important because he said he had already read my book, in which I provided a list of peer-reviewed citations explaining observed instances of speciation. Did he think that was fake news? He even cited Richard Lenski’s decades-long experiments as if proof of observed speciation could be spun into an argument against speciation! The structure of the debate offered no opportunity to correct that, nor to bring up the nylon and now plastic digesting microbes we’ve engineered since then.

Of course he did the usual stunt of misquoting scientists. I said in my book that every creationist does that, rather than understand the actual arguments themselves. For example, his comment about “Darwinists” saying that natural selection was insufficient to explain everything, and that “Darwinism” needed “serious rethinking”, (about particular aspects he obviously didn’t know about); I know! That is precisely why the Royal Society in London recently changed the name of “the modern synthesis of Mendelo-Darwinian evolution” to “the extended evolutionary synthesis”; because they discovered new mechanisms like genetic drift, epigenetics, and endosymbiosis, (which my opponent got confused with Eukaryotic theory). He wanted me to prove that endosymbiosis happened, but I had already given him the proof of that, both on stage in person and in my book.

He said he’s read my book, yet he was still repeating most of the Foundational Falsehoods of Creationism: like the illusory trope about “adding new [genetic] information”. He rejected transitional species even though he could list a few of them, and he knows he can’t discount any of them. He rejected beneficial mutations despite my book listing several being positively identified, some even in the human genome. He asked for historical evidence of evolution, and I wrote three chapters explaining exactly that in detail.

He even said “evolution is just a theory not a fact”. But if he actually had read my book or anything from the National Academy of Science, he’d know that was wrong. Nor should he have referred to evolution as the “dominant theory”, since evolution remains the only theory of biodiversity there is or ever was. Creationism meets exactly none of the criteria required of a scientific theory.

He even used the argument that we could categorize cars the same way we do related organisms, even though I had explicitly explained in my book how that it is not the case. He said there should be a mechanism explaining the evolution of eyes, wings, organs and so on, but my book explained each of those specific examples! He didn’t even know what any of the other mechanisms are. All he knew was “mutation plus selection”. That’s it!

He also seemed never to have heard of Kitzmiller v Dover or the pseudoscience textbook, Of Pandas and People. Because he said that particular fraud did not directly reflect on Intelligent Design, but the Discovery Institute endorsed that book, AND were behind both the fraud and the cover-up. He would’ve known that if he’d read my book like he said.

It’s equally obvious that he hasn’t really spent the last ten years studying “Darwinism” to any degree like he says either.

It is worth a laugh how skeptical he is of the claims of other religions, and how he’s even more skeptical of what science has already proved, (whether he knows that or not) yet he presents books by the charlatan, Lee Strobel: as if that qualifies as evidence. Remember, he said he wants to know what really happened in the “history” of Adam and Eve!

He said that before evolution could be considered a fact, that I needed to show two things: that evolution is possible and show proof that it happened. But in my book (that he says he read) I had already established that it can happen, that it does happen all the time, and that it definitely did happen all through geologic history.

I gave all the evidence anyone would ever need of that. And he gave no reason at all to believe anything about his own position, which I had already pointed out literally has no possibility, and no truth to it either. The church wanted to call this “discussion” a “Moment of Truth”, but I can’t give it that title in good conscience.

Can you imagine how this conversation would have gone had it been an actual debate in a traditional format? Well, this church says they’ll have me back in the spring. Maybe we’ll find out.