In the following video, I said that Darwin had contested his peers by arguing that all humans were the same species and the same race. 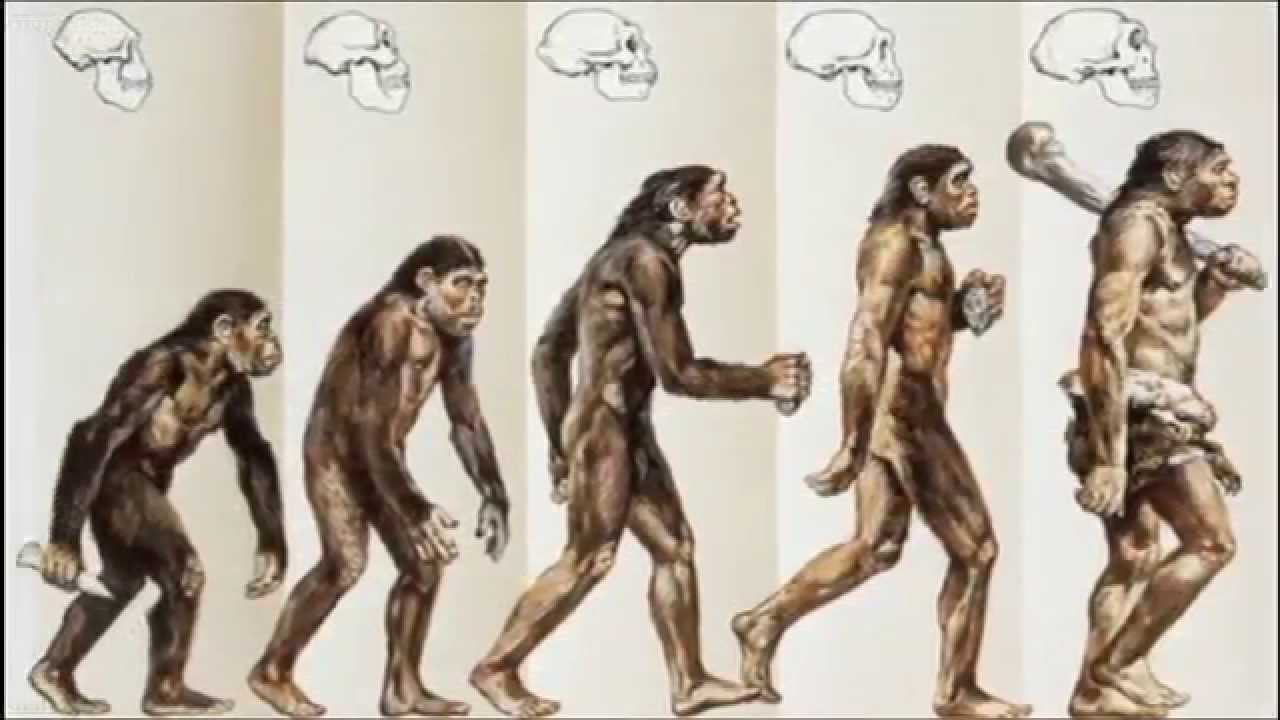 One of my critics said that I had “completely misrepresented Darwin’s views on human racial variation”, because Darwin said that “[Man] has diverged into distinct races, or as they may be more fitly called, sub-species. Some of these, such as the Negro and the European, are so distinct that, if specimens had been brought to a naturalist without any further information, they would undoubtedly have been considered as good and true species.”  My critic says that because Darwin described human races as sub-species, that my “assertion that Darwin conceived of a human species containing a single race is therefore false”.

I referred my critics to a talk I gave on the Erroneous Association of Evolution and Racism, but they persisted.  I had to make sure, so I looked it up.

In the 1st chapter of Decent of Man, Darwin talks about multiple races of dark people and multiple races of white people. He says that traits like body hair and sense of smell vary more within these races than between them. But he did mention a reported distinction in the types of wisdom teeth between ‘civilized’ and ‘melanian’ races, but he mentioned that these distinctions were also contested by immanent dentists. And he begins this commentary by noting that whether humans actually qualify as different races and sub-races is questionable.

In Chapter 2, Darwin cites questionable claims of other researchers commenting on the ‘lower’ or ‘savage’ races as compared to the ‘civilized’ races, but he repeats that there is more diversity within each race than between them, and he talks about all of humanity constituting a single species.

In Chapter 3, Darwin mentions ‘immigrant’ races along with ‘ancient’ races. But he also notes that the differences in intellect between barbarians and the most brilliant men of history are so slight that “it is possible they might pass and develop into each other.”

In Chapter 4, he quotes Herbert Spencer describing all of humanity not as multiple races, but as one race. Darwin adds his own comment about understanding differences “believed to exist” between various races.

In Chapter 5, Darwin himself refers to man as a single race, but quotes contemporary bigots who describe Celts and Scots and Greeks as though they were all different races.

Chapter 6 has the one line that everyone quotes when they’re trying to cast Darwin as a racist:

“At some future period, not very distant as measured by centuries, the civilised races of man will almost certainly exterminate, and replace, the savage races throughout the world. At the same time the anthropomorphous apes, as Professor Schaaffhausen has remarked,* will no doubt be exterminated. The break between man and his nearest allies will then be wider, for it will intervene between man in a more civilised state, as we may hope, even than the Caucasian, and some ape as low as a baboon, instead of as now between the negro or Australian and the gorilla.”

Here Darwin notes that living human lineages had diverged into different races so distinct that *other* naturalists had categorized people as distinctly different species of Man. Darwin did not indicate any agreement with this, but immediately again links all of humanity as indistinct from other mammals.

The idea that certain races (or species) are ‘higher’ or ‘lower’ was not Darwin’s idea but the universal language of all prior naturalists since forever. Darwin acknowledges this, but does not contribute to it, other than to suggest that Caucasians are not the ultimate form of mankind.

However in Chapter 7, Darwin really begins to challenge the ubiquitous racism of anthropology til that time.

“It is not my intention here to describe the several so-called races of men; but I am about to enquire what is the value of the differences between them under a classificatory point of view,”

Notice how he says “so-called” races, indicating there is a already some doubt.

He continues, talking about the numerous differences in all people –as recorded by other scientists before him. Darwin’s references also necessarily included anecdotal accounts relayed by non-scientists, and other scientists which he had to evaluate for their trustworthiness. All of his predecessors all through history were convinced of the distinctions between the races of men, and some of them even argued for separate origins for these different races. No one had ever challenged that.

As we read Darwin’s observations, we see that he is hasn’t yet established a counter argument, (nor could he if he only relied on prior studies) but that he is thinking independently and starting to lean the other way. It is here that Darwin first challenges the idea of separate human species and gives weight to “arguments on the other side”.  He acknowledges how certain individuals from distant areas might seem initially quite distinct, but he also says that our judgments are influenced by superficial surface features. He further notes that many members of other races might pass as Europeans. So that other races are not always as distinct as they’re initially perceived to be. He says, “Even some of the most strongly-marked races cannot be identified with that degree of unanimity which might have been expected from what has been written on the subject.” So he is beginning to doubt the established status quo.

He implies that, by all accounts, that humans are chemically interfertile, and that the only difficulty in cross-breading is entirely cultural –despite what other scientists may have previously implied. “Independently of fertility, the characters presented by the offspring from a cross have been thought to indicate whether or not the parent-forms ought to be ranked as species or varieties; but after carefully studying the evidence, I have come to the conclusion that no general rules of this kind can be trusted.”

Darwin’s own realization dawns with the observation of how previous scientists might have felt justified in ranking different humans according to their own experience and influences. Darwin didn’t use the word, ‘prejudice’, but it could be implied by the context. And Darwin notes that such naturalists would be “much disturbed as soon as he perceived that the distinctive characters of all the races were highly variable.”  Ultimately Darwin dismisses their position on the fact that “the races of man are not sufficiently distinct to inhabit the same country without fusion; and the absence of fusion affords the usual and best test of specific distinctness”.

“But the most weighty of all the arguments against treating the races of man as distinct species, is that they graduate into each other, independently in many cases, as far as we can judge, of their having intercrossed. Man has been studied more carefully than any other animal, and yet there is the greatest possible diversity amongst capable judges whether he should be classed as a single species or race, or as two (Virey), as three (Jacquinot), as four (Kant), five (Blumenbach), six (Buffon), seven (Hunter), eight (Agassiz), eleven (Pickering), fifteen (Bory de St-Vincent), sixteen (Desmoulins), twenty-two (Morton), sixty (Crawfurd), or as sixty-three, according to Burke.* This diversity of judgment does not prove that the races ought not to be ranked as species, but it shews that they graduate into each other, and that it is hardly possible to discover clear distinctive characters between them.”

Here Darwin dismisses the idea that the different races could be different species. He allows that the word ‘sub-species’ might be applicable to what he calls a ‘race’. But for the reasons explained in the above citation, the way that word is now defined does not work in the context in which Darwin used it. In modern parlance, a sub-species is a distinction within a single interfertile population wherein every member of one group shares unique traits particular only to that group, but which are not shared by any member of another group. So the impression I get from Darwin’s use of the word ‘race’ is that is only synonymous with the word, ‘lineage’.

Importantly, those in Darwin’s day were not arguing that humans had become distinctly different races. Instead, some influential authors of that time believed that the “so-called races” originated unrelated to each other. So that all humans were not even of the same lineage, because they didn’t have a common ancestor. And many of the people who held that view were creationists.

“The question whether mankind consists of one or several species has of late years been much discussed by anthropologists, who are divided into the two schools of monogenists and polygenists. Those who do not admit the principle of evolution, must look at species as separate creations, or in some manner as distinct entities; and they must decide what forms of man they will consider as species by the analogy of the method commonly pursued in ranking other organic beings as species. But it is a hopeless endeavour to decide this point, until some definition of the term “species” is generally accepted; and the definition must not include an indeterminate element such as an act of creation. We might as well attempt without any definition to decide whether a certain number of houses should be called a village, town, or city. We have a practical illustration of the difficulty in the never-ending doubts whether many closely-allied mammals, birds, insects, and plants, which represent each other respectively in North America and Europe, should be ranked as species or geographical races; and the like holds true of the productions of many islands situated at some little distance from the nearest continent.

Those naturalists, on the other hand, who admit the principle of evolution, and this is now admitted by the majority of rising men, will feel no doubt that all the races of man are descended from a single primitive stock; whether or not they may think fit to designate the races as distinct species, for the sake of expressing their amount of difference.”

Thus Darwin argued that all men are the same species –and the same sub-species (by the current definition) and the same ‘race’ in as much as every new lineage is derived from a common ancestor.

4 thoughts on “Darwin’s view of the ‘races’ of men”