As before, we will be reading each sūrah [chapter] in the order of revelation. We were reading The Study Quran, but that link has been taken offline and is no longer available for free. There are some other online translations we can look at. But for my own purposes of copying text, we’ll go back to the version we read at the start of this series, The Qur’an; A new translation by M. A. S. Abdel Haleem. Then, as we did before, we’ll compare that with other translations like Quran.com and cross reference with the tafsirs.

Note that even this far into the scriptures, they still haven’t taught us anything! I don’t think spiritual growth is possible in any sense, (since there’s no such thing as a spirit) but so far the Qur’an hasn’t even shared any theology; nothing but the constantly repeated message that you’d better believe what you’re told or be damned if you don’t. That’s all.

The translator, Abdel Haleem explains that this passage is in reference to the alleged prophet converting unbelievers, but Muhammad was momentarily distracted and frowned at a blind man. It doesn’t explain why that should even bother a blind man. Then Muhammad was reproached by (I can only assume) the angel, Gabriel.

It was always my understanding that the religion of Islam likely arose out of a conflict among early Christians, with the losing faction banished to Medina following a disagreement at the Nicene Convention. If that were so, we should expect to see similar views on creation. But this passage shows a very different interpretation than we read in the Bible.

Note, as before, that everything that ever happens, happened because Goddidit. Nothing ever happens for any other reason, not even if you meant to do it yourself. Whatever you did, God meant for you to do that. That’s why you did it. You couldn’t do anything otherwise. So you have no free will.

Not sure what this is supposed to be about. It sounds like Gabriel is crediting the angels for doing everything God wants done, rather than God blinking, wiggling his nose or snapping his fingers to do his own magic. Turns out he has a team of employees to do all those earthly miracles for him. This reminds me of the story of the fairies in the garden, who live underground and push up the daisies, as if that’s why the flowers look like they’re growing. It amazes me that so many people around the world seem to think like this, at least on some level.

We actually read a whole sūrah that didn’t mention damnation for the unbeliever, but we’re back on track now. So imagine any catastrophe, like a flood or tsunami, wherein only some people are in a safe place, and they’re watching their neighbors being washed away. Now imagine what sort of amoral monsters the safe people would have to be for them to laugh and rejoice selfishly even as they know the others are suffering. This is the sort of callous inhumanity that the Abrahamic god actually endorses.

Abdel Haleem translates Al-Qadr as “The Night of Glory”. Quran.com calls it “The Power”. Al-Quran.info calls it “The Adornment”. Al-islam.org calls it “the Night of Destiny”. Tathsir Ibn Kathir doesn’t help. He calls this chapter, “The Night of Al-Qadr”. Don’t ask me, Man.  This sūrah doesn’t give me any clear indication of what it’s even talking about. Is this the Muslim version of Rapture, maybe? I’ll have to ask my panel of Muslims and ex-Muslims to explain this to me on video, which I will later add to the bottom of this post.

(1) By the sun in its morning brightness (2) and by the moon as it follows it, (3) by the day as it displays the sun’s glory (4) and by the night as it conceals it, (5) by the sky and how He built it (6) and by the earth and how He spread it, (7) by the soul and how He formed it (8) and inspired it [to know] its own rebellion and piety! (9) The one who puriﬁes his soul succeeds (10) and the one who corrupts it fails. (11) In their arrogant cruelty, the people of Thamuda called [their messenger] a liar, (12) when the most wicked man among them rose [against him]. (13) The messenger of God said to them, ‘[Leave] God’s camel to drink,’ (14) but they called him a liar and hamstrung her. Their Lord destroyed them for their crime and levelled them. (15) He did not hesitate to punish them.

So far in this series, I’ve done a pretty good job of understanding the implications of what I’m reading. I know this because I’ve been testing that with a panel of people raised in Islam or who still believe in Islam; who have counseled me on video after each of these blog posts. But there is a lot in the Qur’an that isn’t spelled out clearly in the text alone, things you wouldn’t know about unless you were raised with all the background interpretations. And this is where I will actually need such council because the tafsirs aren’t helping me at all this time around.

All I note here is that the authors of most of the supposedly sacred scriptures believed that the earth was “spread out” like a map on a flat circular table, [verse 6] and that our table-top world was covered by a giant dome made of solid crystal. This is what verse 5 refers to when it says that God “built” the sky. Within that dome are the sun, moon, and stars, and the moon is said to follow the sun, which we know it doesn’t really do. We’ve already seen in an earlier discussion that Muhammad thought that the sun dipped into a lake somewhere on the edge of the world only to reappear in another body of water on the other side again come morning.

I will have to ask the panel about the people of Thamuda, and why God needed a camel. I’m guessing that anything the prophet needs, he declares to be God’s property. That’s how some Christian evangelicals evade their taxes.

(1) By the sky with its towering constellations, (2) by the promised Day, (3) by the Witness and that which is witnessed, (4) damned were the makers of the trench, (5) the makers of the fuel-stoked ﬁre! (6) They sat down (7) to watch what they were doing to the believers. (8) Their only grievance against them was their faith in God, the Mighty, the Praiseworthy, (9) to whom all control over the heavens and earth belongs: God is witness over all things. (10) For those who persecute believing men and women, and do not repent afterwards, there will be the torment of Hell and burning. (11) But for those who believe and do good deeds there will be Gardens graced with ﬂowing streams: that is the great triumph. (12) [Prophet], your Lord’s punishment is truly stern––(13) it is He who brings people to life, and will restore them to life again––(14) and He is the Most Forgiving, the Most Loving. (15) The Glorious Lord of the Throne, (16) He does whatever He will. (17) Have you [not] heard the stories of the forces (18) of Pharaoh and Thamud? (19) Yet still the disbelievers persist in denial. (20) God surrounds them all. (21) This is truly a glorious Qur’an (22) [written] on a preserved Tablet.

Al-Quran.info calls this sūrah “the houses”. Quranx.com calls it “the stars”. And Quran.com calls it “The Mansions of the Stars”. I assume there is some connection to astrology.

Abdel Haleem’s description of this sura is that while no one is sure who the “trench-makers” were supposed to be, one option is that they might have been working for a Jewish ruler of sixth-century Yemen, who tortured Christians in that trench, but it could also refer to Nimrod’s treatment of Abraham (Razi). Regardless, that should be irrelevant now and when this was written.

What I think we’re seeing here is the believers’ love of being persecuted. It’s not enough to make-believe things that are not evidently true or even possible. It’s not enough to willfully believe against all reason. Ambitious pretenders go all out, convincing themselves in the face of social adversity too. Because faith is all about refusing to be reasoned with, and that is best satisfied by those who can claim to be oppressed because of their faith. Instead of seeing opposition as an indication that they got something wrong, believers somehow see it as vindication of their belief. Sometimes, they’re not really being persecuted at all, but they still feel like it, and claim that as a badge of honor among professional victims who are holier than thou.

Even if I believed in God, even if I really wanted to believe, I’d still have a problem with this whole notion of judgement. It’s not just that we are judged, which is already a problem; because it should be that we’re being taught. So we should be able to improve and better ourselves. The problem is that even though it keeps saying “believe and do good deeds”, we know that the good deeds don’t count for anything. Just believe what we tell you or else. And then the “or else” is so over-the-top extreme that it is obviously just a ploy to scare anyone out of independent thought.

(1) [He did this] to make the Quraysh feel secure, (2) secure in their winter and summer journeys. (3) So let them worship the Lord of this House: (4) who provides them with food to ward oﬀ hunger, safety to ward oﬀ fear.

I don’t know what a quraysh is. None of my references explain that. So I’m really looking forward to my panel discussion. The one thought that comes to my mind about these last few sūrahs is that, if there really was a god, and he really was inspiring any of these scriptures, then he is an awful author. Surely the incompetent noob who wrote this unintelligible nonsense cannot be the same guy who invented DNA. 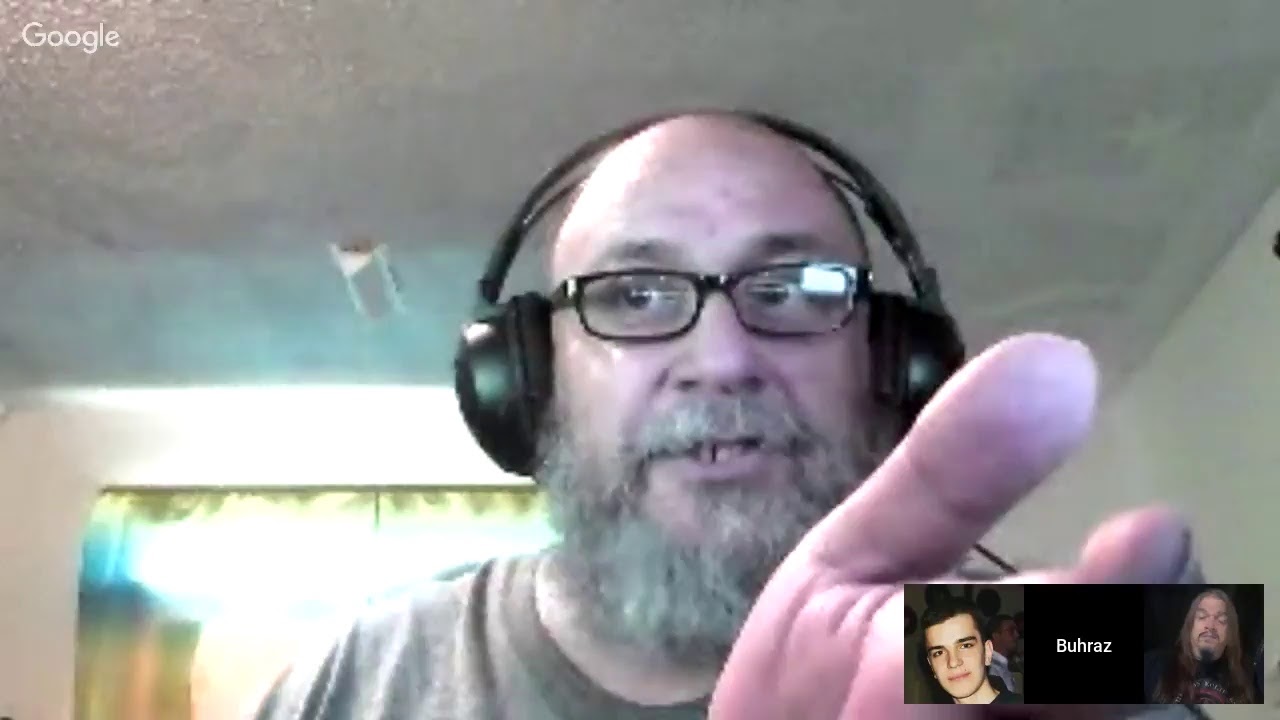 You have no right to make others pray to your god.